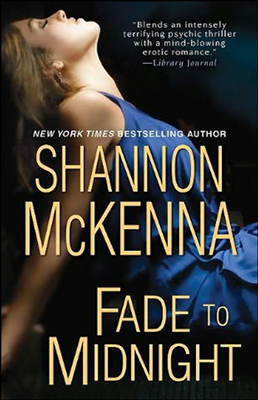 Book Seven in The McCloud Series

GONE BUT NOT FORGOTTEN

Davy…Connor…Sean… Three brothers who have conquered their demons, but they’ve never forgotten their long lost brother, Kev, whom they believed to be dead. When the McCloud brothers discover Kev is alive, they won’t rest until they find him…

Beaten and tortured almost to death, Kev Larsen was found eighteen years earlier in a warehouse alley. He survived his brutal ordeal, but his memories before that night were completely erased. When he nearly dies from trying to save someone from drowning, the brain surgery he has to save his life triggers fragmented, terrifying memories. With only these memories and the name of his torturer to guide him, Kev is determined to unlock the secrets to his past.

Edie Parrish has always been good at not letting anyone get too close to her. If someone were to learn of her unusual gift, her life would be immediately jeopardized. But when Kev Larsen discovers who she really is, Edie has only one choice: to trust him. And soon, Edie can’t resist her consuming desire for him—even though she knows she’ll have to pay a price for it.

The thought flicked through Kev’s head, calm and detached. The roar of icy water filled his ears. The current would pull him loose in counted seconds.
Seconds measured by the pounding pulse of blood through his brain. Each throb hurt like a raving motherlover, but there was nothing like imminent death to take a guy’s mind off a headache.

His little angel’s face flashed through his mind. His dream companion, his spirit guide. Her big eyes looked sad, and scared.

He’d known since he got out of bed that today was going to be the day. He’d had that prickle, as if someone was looking at the back of his neck. Not surprising, since he’d set the day aside for high-adrenaline sports activities, his chief joy in what passed for his life. One would think, having gotten a clue from the Great Beyond that death lurked nearby, that a reasonable, sane person would spend the day on the couch, watching reruns. Cruising the mall bookstore, reading about mindfulness or voluntary simplicity. Lying low in a multiplex, watching a nature documentary. Sipping a green tea latte. Well out of sight.

Not him. The reasonable, sane parts of himself were out in space. Along with his memories and his normal and natural fear of death. Danger? Bring it the fuck on. He should be dead already anyway. Look at his face. Kids ran screaming to mommy when they saw his bad side.

Cold had numbed the pain. He no longer felt his hand, clamped around the boughs of the dead tree. He did not feel the compound fracture in his other arm. His injured limb flopped in the water, sucked by the current, a few yards from the head of the falls. His broken bone tented out the nylon of his jacket, pinkish with blood. But he doubted he’d be using that arm again, once the water flung him over the brink.

Whatever. He’d been smash totaled years ago. Living on borrowed time. Half a brain, half a life. No clue at all.

Don’t start with that. Just shut the fuck up. He did crazy shit like this for the express purpose of keeping himself too zapped with adrenaline to indulge in self pity. That was why he hung off the edge of cliffs, hang-glided treacherous air currents, rafted bad-ass rapids. When he was that close to death, he felt buzzing, connected. Almost alive.

Since Tony found him he’d had some mechanism functioning that damped his emotional volume way down. High enough for function, but no more. Probably caused by the trauma to his brain that had caused the amnesia, and rendered him speechless, back in the bad old days.

Whatever it was, he was bored with it. If he could, he’d join the military, fly fighter jets. Playing with toys like that, yeah. Talk about a coping mechanism. But the military wouldn’t want a guy with crossed wires, a questionable identity and a black hole in his mind to fly their hundred million dollar toys. They’d put him to work cleaning engines. If they took him at all. No, he had to make do with high-risk sports. They kicked his ass into high gear, and he liked that gear. The color, the noise. The buzz of being awake to it, aware of it. Giving a shit.

He’d gotten what he wanted. But he was going to pay big. He stared at the top of the falls. Clouds of vapor rose from the thundering tons of water crashing down, hundreds of feet below. How many hundreds? He tried to remember. Several. Well over three. Whoo hah.

Not that he was afraid of dying. At most, he was curious. Sorry he’d never unravel the great questions of his existence, at least not as a living man, and who knew what happened after? He’d never speculated. His present mortal existence was problem enough, for as long as he could remember. Roughly half of his life. He didn’t know how old he was. Tony put him around twenty when he’d saved Kev from the warehouse thug eighteen years ago. So he was fortyish. Give or take.

At least the boy was going to make it. Kev was immobilized by tons of rushing icewater, but out of the corner of his eye, he saw activity in the trees choking the cliffside shore. Rescue proceedings were underway. Other people besides Kev had been at the point when he’d put ashore, where he’d seen the kids spin past, oarless and out of control. Only a guy with a black hole in his brain would be suicidal enough to jump in after them at that point in the rapids, but he’d taken no time to ponder that implacable truth. He just went for it.

And then, a long, hopeless wrestle with nature while the water got wilder, the roar of the falls louder.

While death approached, smiling. Happy to see him. His old pal.

Maybe he’d subconsciously wanted it. Bruno threw that death wish crap in his face a lot, whenever he got cracked up doing daredevil sports. Could be. Not worth worrying about, though. Particularly now.

The kids had capsized by the time he caught up. Kev saw a bobbing head and scooped one out of the water by sheer, blind luck. Then they plunged into a trough, the raft flipped, and they were tossed like twigs, the boy flailing, choking. He’d clamped the kid against him, struggled, kicked. He’d wanted to save that kid. Wanted it ferociously. He was played out, now, though. In fact, he felt strangely serene.

The other boy was gone, over the falls. That was fucked, and he was sorry. Rescue was on the way for the other one, but the greedy way the water sucked at the tree told him the hard truth.

He was going down. Anytime.

He forced his head to turn, checked on the kid. Sixteen or so. A drowned rat, clinging to the lucky side of the rock that split the top of the falls into two long, thin tails, hence the name, Twin Tails Falls. The weight of rushing water pinned him against the bulwark of the rock. He couldn’t move if he wanted to. But he’d live. That was good.

It wasn’t strength or skill that had smacked them up against that jutting rock. Just chance. And then, just as fast,bam. That bastard came up so fast, he barely shoved the kid out of the way before the tree trunk snapped his arm, smashed God only knew what else in his thorax, knocked him loose—and then spun out perpendicular to the falls, catching on a rock across the torrent. It formed a barrier, trapping him against a temporary dam. But not for long.

Smashing him, then saving him. When it worked loose, it would fuck him again, definitively. He’d ride that bastard out over the cliff.

The story of his life. Something inside him laughed, with stony irony.

Wasn’t it always the way. Like Tony, who’d dragged Kev out of his own rapids years ago, and kept him there, brain damaged, shambling and speechless. Washing dishes, mopping floors for room and board at the diner. Lying on a sagging cot, watching paint peel in the windowless mildewed room behind the diner where he’d slept. For fucking years.

The rope thrown out to save him. The same rope that he strangled himself on. It was almost funny. Except that it wasn’t.

The tree was about to go. The branches stuck on the rocks on the other side were wavering, wild water bending the flexible limbs, teasing them loose. The tree shuddered, rolled. The water sucked and insisted.

Any time now. He composed himself, tried to pay attention, to be present for it, to breathe. Difficult. So cold. So much water. The kid’s mouth gaped, begging Kev to do something. As if he could swim against that current, even if he weren’t fucked up. He had as much strength left as a broken doll. A final swell shook the tree loose. The ponderous slow motion made those last moments of clinging stretch out, infinitely long.

He struggled to stay conscious. The last wild ride. He’d better enjoy it. He wondered if he’d know, once he was dead, who he’d been before. What he’d done, who he’d known. Who he’d loved.

Probably not. This was all he got. It would just have to do.

Whoosh, the river rolled him under the tree and spat him far out into vastness. Endless space, above, below. Turning, head over ass.

The angel flashed across his mind. Those big gray eyes, so achingly sweet. A sharp sting of regret that he didn’t understand. And another face, too, scowling his disapproval as the immutable laws of physics had their stern way with him. A face he saw in his dreams every night. A young guy. His face maddeningly familiar.

Kev had been having a dream argument with that guy, that very morning, he suddenly remembered. The man had been scolding him.

“Dying is easy. You told me that yourself,” the guy said. “It’s living that’s hard. Meathead. Hypocrite. You piss me off.”

So that was how he’d known today would be dangerous.

Part of his mind hooted and shrieked with unreasoning joy at the icy rush of air and water, on his face. Whoa. This shit is fun. Another part pondered acceleration rates of falling objects, wind shear, probable force of impending impact on the rocks below. He calculated it down to ten digits after the decimal in that last, eternal instant—

And hurtled into a blank, white nothing.